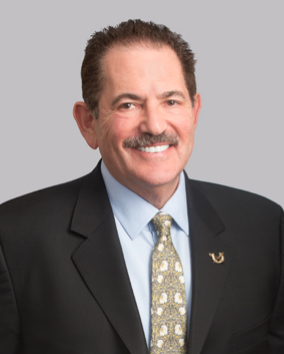 Marc Cohen has substantial experience representing state and municipal agencies on a wide range of legal, budgetary and financial issues, including escheat (or unclaimed property) matters, developing creative solutions for government and administrative agencies facing budget gaps and other serious fiscal challenges and intragovernmental disputes. Marc has also advised government clients on municipal bankruptcy matters, such as Chapter 9 eligibility and case administration, treatment and risks of municipal debt in Chapter 9 proceedings, and alternatives to bankruptcy.

Notably, Marc currently represents the states of California and Delaware in enforcing their unclaimed property laws, including in connection with the life insurance and oil and gas industries. In addition to successfully obtaining judicial relief to enforce his clients’ rights to administer their state unclaimed property programs, he has also been especially successful in negotiating settlement agreements on behalf of his clients. This includes representing the California State Controller’s Office in negotiating multi-state settlements with the insurance industry; to date, California has executed settlements with 24 major US insurers with a projected aggregate value of $2.4 billion nationally and over $300 million going to beneficiaries or to the state.

Additionally, Marc has represented several California state agencies and officers, including the State Controller’s Office and the Department of Finance, in the Chapter 9 municipal bankruptcy case of the City of San Bernardino.

In 2014, Mr. Cohen was chosen by California Lawyer magazine as a recipient of its prestigious California Lawyer Attorneys of the Year (CLAY) Award for his representation of the State Controller’s Office in recovering billions of dollars in unpaid life insurance and annuity proceeds from insurance companies. For his work on this matter and on other work for the City of Los Angeles, Marc recently received a commendatory resolution from the Los Angeles City Council. He has been recognized as a Leading Individual in Chambers USA: America’s Leading Lawyers for Business since 2006. Chambers USA 2015 ranks Marc as a leading practitioner in Bankruptcy & Restructuring, noting that he “gains plaudits from sources for his outstanding negotiation skills.” He has been ranked for the past 20 years in Best Lawyers in America for Bankruptcy and Creditor Debtor Rights, and Insolvency and Reorganization. Additionally, he was named the 2006 Bankruptcy Lawyer of the Year by the Century City Bar Association.

He is a two term member of the Cornell University Council, is a Fellow in the American College of Bankruptcy and a two term lawyer representative for the Ninth Circuit Judicial Conference. He has served as chair of the Executive Committee of the Commercial Law and Bankruptcy Section of the Los Angeles County Bar Association, and has served two terms as a member of the Insolvency Committee of the State Bar of California.

Marc is actively involved with the Miracle Mile Civic Coalition and serves as the Chairman of the Model Adopt-A-Fire Station Program for the Los Angeles Fire Department. He is Chairman of the First-In Fire Foundation and has been named an Honorary Fire Chief by the LAFD. Marc is also a Lieutenant Colonel in the California State Military Reserve, JAG Corps, and serves as Deputy Counsel – Cyber Defense for the California Military Department.

In addition, Marc has participated in several speaking engagements, given numerous lectures and written on state escheat and bankruptcy issues throughout the course of his career.