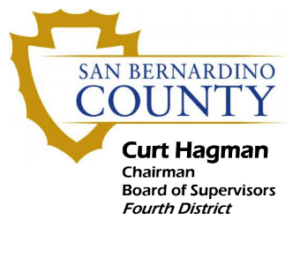 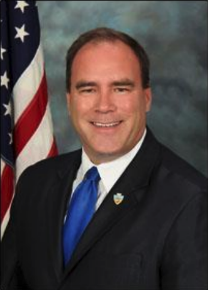 Curt Hagman was elected to serve San Bernardino County’s Fourth District in November of 2014 and was named Chairman of the Board of Supervisors in January 2019. The Fourth District includes the cities of Chino, Chino Hills, Montclair, Ontario and the southern portion of Upland. It spans approximately 133 square miles and is home to over 400,000 residents.

Supervisor Hagman has an extensive resume of public service prior to his election to the San Bernardino County Board of Supervisors, including serving in Chino Hills as Parks & Recreation Commissioner, member of City Council, and Mayor, and served six years in the California Legislature. In January 2019, Hagman was elected by his fellow Supervisors to serve as Chairman of the Board for a two year term.

A highlight for the Supervisor had been his role in the successful transfer of returning Ontario International Airport to local control in 2016. Supervisor Hagman was able to reach across party lines and work behind the scenes to reinitiate serious dialogue between LAWA and OIAA on the transfer of control that led to the final agreement. As one of five commissioners on the OIAA, he presently serves as Chairman of the OIAA Ad Hoc International Trade Committee.

Supervisor Hagman earned a Bachelor of Arts Degree in Psychology at UCLA, where he was a member of the NROTC. His children are continuing the Bruin tradition: Jonathan is a recent graduate of UCLA and officer in the Army National Guard, and Elizabeth is an incoming ROTC freshman at UCLA.