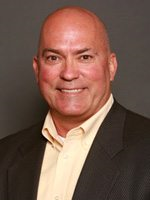 Bruce is the Vice President of State Government Affairs for the West Region of UPS. His area encompasses the States of California, Hawaii, Nevada, Utah and Arizona. Bruce deals with local, state and federal issues effecting UPS. UPS being the world’s largest package delivery and supply chain services company.

Bruce began his UPS career in 1978 as a un-loader in the Anaheim package facility. In 1983 he became a full-time driver and Teamster Union Shop Steward. Bruce entered into management in 1987 where he was promoted to Preload Supervisor. Bruce has risen through many positions, acquiring skills in Operations, Industrial Engineering, Hazardous Materials, Customer Relations, Community / Public Relations, Security
Investigator and currently as Vice President of State Government Affairs.

In addition to his regional responsibilities, Bruce plays an active role in and beyond his community. Bruce is serving on the boards of such organizations as: The Long Beach Police Foundation (President), President of the CSULB Athletic Board, LBCC Board of Governors, the CTA (California Trucking Association), (President) of the Orange County
Sheriffs Advisory Council and board member of the Drug Use is Life Abuse
organization, Los Angeles Sheriffs Youth Foundation. Coalition for Clean Air, Nevada
Motor Transportation Association, Utah Trucking Association, VP of the Arizona
Trucking Association, American Trucking Association, National State Chair of the
American Legislative Exchange Council, TAT- Trucker Against Trafficking, the
California Natural Gas Vehicle Coalition and Chairman of Board of Trustees of the
Battleship USS Iowa to name a few. Bruce holds strong to his responsibilities at home, in the community and at work; understanding that each of these are critical for everyone to achieve their own goals.

Bruce grew up and attended school in Long Beach, and is also a second generation
Long Beach native. His sons Nick is a graduate of CSULB and is the associate head
coach for the 2 time back to back NCAA Championship men’s volleyball team at LB
State. Jake is a graduate of LB State with a degree in occupational therapy and recently
obtained his California real-estate license. His daughters Meghan, a journalism
graduate at SLO works with athletes and lawyers on quality of life issues, and Timarie
who devotes her time with assisted living and dementia patients in Seal Beach, both are
working and enjoying the business life. They all reside in Long Beach. Bruce is recently
married to his strong and beautiful wife Barbie and is also new Grandpa with his newly
born granddaughter Reese Harper MacRae.